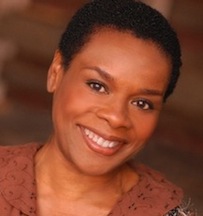 Awele (ah WAY lay) is an award winning and internationally known storyteller/teaching artist,
literacy specialist, and recording artist recognized as a “truth teller,” an artist for social
change, and someone who sparks “aha!” moments.   She researches, writes and performs hidden African American history, folklore, and personal tales. She provides opportunities for audiences to grapple with the meaning of  their own lives as they make meaning of past
lives.  She has made it her life’s work to tell history through the words of its silenced
and oft-forgotten witnesses.  Awele uses art to catalyze deep conversations about race,
our  common humanity, and our vision of a just, humane, multiracial society.  Awele
teaches through performance and she animates democracy through her art.

She has written two one-woman shows, Rage Is Not A 1-Day Thing!: The Untaught History of the Montgomery Bus Boycott and I’m Not Getting On Until Jim Crow Gets Off in which she tells the story of the 1955-56 Montgomery bus boycott, watershed moment in U. S. history through the eyes of four women, Claudette Colvin, Mary Louise Smith, Rosa Parks, and JoAnn Robinson.

Awele’s story, “The Story of Claudette Colvin,” is featured on the Music for Little People benefit recording, This Land is Your Land, for the Southern Poverty Law Center.  Featured artists include Danny Glover, Sweet Honey in the Rock, Taj Mahal, Willie Nelson, The
Neville Brothers, and others. She is also the featured storyteller on Oregon Public Radio’s radio series and CD The Undiscovered  Explorer: Imagining York with Danny Glover as the narrator.  Other award winning CDs include: Tell That Tale Again and Trailblazers: African Americans in the California Gold Rush. Film credits include Supervisor Ella Hill Hutch in the Oscar award winning film, MILK directed by Gus Van Sant starring Sean Penn. Awele is a founding member of Vukani Mawethu, a South African Freedom Song Choir
based in Oakland, CA www.vukani.com
www.awele.com